We have a pleasure to invite you to the seria of six conferences on “The Impact of Emigrant and Diaspora Writers on National Literatures. Planning Mobile Multicultural Poetry Festivals”

patron of the network

How it began
Cultural organizations from 4 countries of BaltScan region are establishing a short-term network for the research of the strategies for the mobile multicultural poetry festivals on the ground of researches and stories of second-language poets’ role in national cultures. It will consist of a seria of joint meetings, conferences, workshops, on-line collaborations.. Duration of the network is 10 months

The long-term aim is creating such festival(s), moving through Europe.

Conferences would be accompanied with a small Poetry Festivals

Other conferences were held in –

Organising institutions/persons who are part of the network

Project description
Organizations from Lithuania, Estonia, Finland and Sweden are establishing a short-term network for the research and deciding strategies of mobile multicultural poetry festivals, for encouraging researches of mutual impact of “guest” writers on the culture and language of a “hosting” country. It will consist of a series of meetings, conferences, workshops, on-line collaborations, accompanied with readings and translations.
In the times, when the ideas of multicultural Europe and EU have strongly developed, there is a still stronger influence of the growing search for national identity, which poses many questions to discuss and resolve, among all questions of language, emotional content, ethnic oppositions. Network is aiming at multicultural diversity in Europe.

Mobility. Is such festival relevant to its theme? Should it be “travelling” or special and settled in each country? Today the nearest known form of such poetry festivals are so called “International” and emigre festivals and “synchrone” festivals like 100tpc.
Balance and interplay of languages inside one country. Is language a main obstacle or drive? Role of diasporas, multicultural diversity, impact of newcomers-longterm residents on the culture of given country, role of short-time residents (students), lectors, emigrants. There are also a “minor countries” in many European countries, like Latgala, Sorbs, or Zhemaitija, with their own language (or dialect?), symbolics and identity.
Mission and goals of the network should answer the needs for a multicultural diversity in Europe, expressed, f.e., in the resolution of the last session of the ECP. (see link)

Organizational forms:
Strategies of attraction. Poetry festivals attract small, chamber audiences, would mobility and diversity enlarge them? Provinciality, sessions in small towns or villages is an advantage, or not?
Platform for the mutual content would be created in course of network, and dissiminated through the social networks and almanach, also at the presentations in Universities and schools.
Translation and publishing (almanachs or periodics) is one of the most important issue of a multicultural interplay and of such festivals. Some of the participants of our network are professional poetry translators, working with several languages.
If f.e. we will publish almanach, which languages would be presented? Multicultural festivals and events ask more than 2 languages field, how would it look?
Problematics of the network would attract broader professional audience from other parts of Europe, some of the festival organizers (we have appeals from Nederland, Malta, Greece, Peterburg, Ukraine, Kosovo, Trieste) would be invited to the conferences and workshops to share their experience and prepare a platform for an European long-time network or festival.
Immigrants – students, part-time residents from all continents, dive in and enrich local culture. One of the mottoes of our network is taken from a late philosopher and EU parliament, ECP senator, prof. Leonidas Donskis: „Culture of the country is catalyzed by the foreigners, enriching its’ emotional dynamics”
Historical aspect – lifestories of writers like Finn Henry Parland and Russian Nataly Trauberg, American Kerry Shawn Keys in Lithuania, Spanish poets in Latvia, Arab Jamal Juma in Denmark, Russian Igorj Severianin in Estonia would be presented during the conferences and collected on the website.
Role of the interplay of poetry with other arts would be unveiled during the special presentations on 6 meetings.
The long-term aim of the network is creating a long-term network or/and mobile multicultural poetry festival(s) moving through the countries of – first – Scandinavia and Baltic, then all Europe. It has a logo, heroine, and her nickname is Frannie, here she is flying on a balloon. The attempts to start such festival would begin not sooner than in 2019. 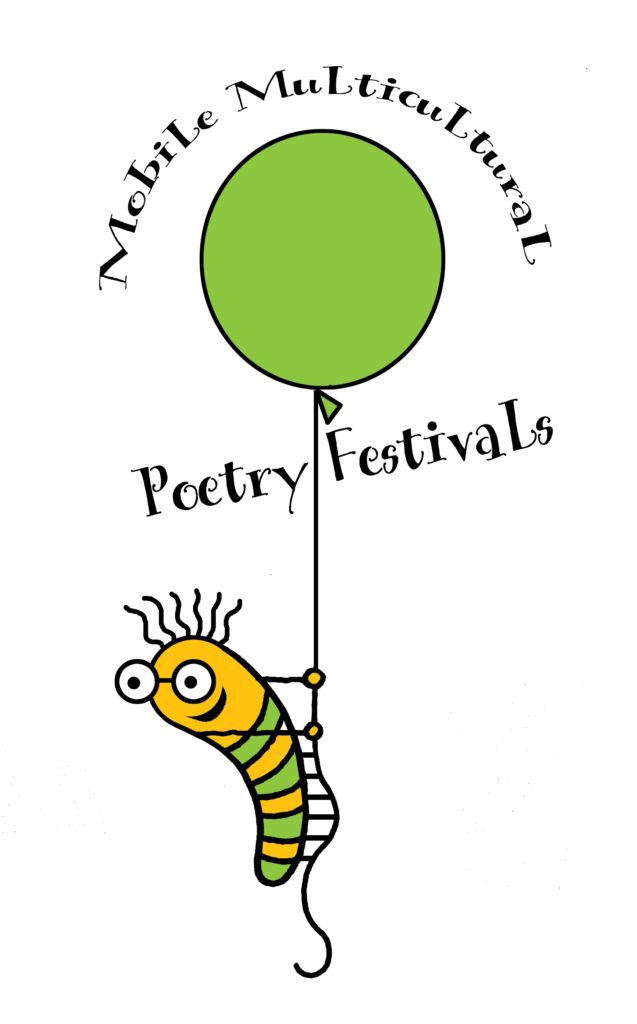 Juhani Ihanus. Otherness and diaspora in reflective and therapeutic writing